The Deliberate Under-Development of Afrika

A Message of Hope and Love to Young Afrikan Women

STOP! Afrikans, You Are Not Lab Rats for Global Pharmaceutical Companies

The Great Reset and What it Means

Is a Zombie Apocalypse Coming to your Doorstep?

Leadership with a difference in Afrika

Censorship and the Evil of a One-sided Story

Wake up Afrika! We are 1point6Billion Strong

The Power of Mentorship

The Msingi Afrika Magazine and TV team stopped by the offices of the PLO Lumumba Foundation and had a conversation with Joramu Nkumbi, the Country Coordinator of PLO Lumumba Foundation, Tanzania Chapter. They discussed the power of mentorship and the importance of taking steps towards fulfilling the goals that one has in their hearts in the transformation of the Afrikan continent. It beats the imagination that, the 29 years old Joramu Nkumbi, instead of joining lots of other young Afrikans in complaining about what is not working in Afrika and running away to “greener pastures”, chose to take a stand to make change happen in his community.

You can support us through a donation via PayPal at this link.

The State of Afrika

Do we have a continental vision?

UBUNTU: Beyond Abstract Concept and Theory

Dealing with Trauma in Our Society: A Case for The Afrikan Boy Child

THE POWER OF VISION

What Happened to Afrika’s Spirit of Ubuntu and Brotherhood?

Get notifications of new videos and other useful information about Afrika.

Donate to our fundraiserClick the image below

Why We Stopped Doing Trends:

What Happened to Afrika’s Spirit of Ubuntu and Brotherhood?

Diaspora Investment in Afrika – What it Really Takes

THE POWER OF VISION

Dealing with Trauma in Our Society: A Case for The Afrikan Boy Child 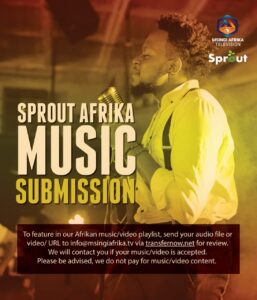 To feature in our Afrikan music/video playlist, send your audio or video file to info@msingiafrika.tv via transfernow.net for review.

If you prefer to share a link to your video, please email that to the address above.

Please be advised, we do not pay for music/video content.

To submit your files, please click the link below: